Find Out How Fast YOUR Hands Are!

I just ran across this free WFD game today; its a great way to test yourself and see how fast your hands are! Basically, you alternate between tapping the "A" and "L" keys on your keyboard, exactly like playing a single stroke roll. The goal is to get the highest number of strokes that you can in one minute, with bonus points for playing cleanly. The game has five stages, with increasingly difficult opponents; you must play faster than the opponent to win!

While you may question the correlation between hitting keys on the keyboard and playing with drumsticks on a drum pad, it actually feels surprisingly similar. Basically, this is just a test of your wrist strokes. My numbers playing this game were almost identical to what I am able to perform with real sticks using wrist strokes.

Anyways, on to my results! I took screenshots after each stage with the number of strokes I made. Here they are, starting with the first stage, and progressing all the way to the fifth:

And it is indeed quite an unusual combination! As anyone who has followed my music knows, I like to experiment with many different styles. My Djent/Dubstep video http://www.youtube.com/watch?v=_FkVRop7D04 is a great example of the kind of cross genre experimentation I do! The song as well as a playalong version without drums is available here: http://lukesnyder.bandcamp.com/album/djentstep 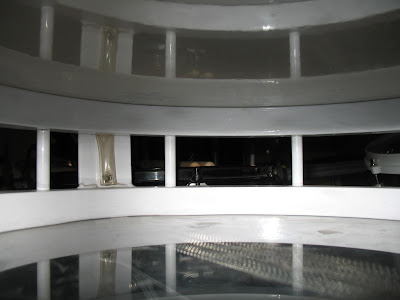 Ahh, the Pork Pie Little Squealer snare. This little beast is 12" x 5" and has an 8-ply maple shell. The drum is very versatile due to its size, and sounds great with a wide variety of tunings. Here's a short video of some blast beats with the tuning roughly medium-tight: